I believe that most of us are very curious about what makes others tick. What moves, motivates, and impedes us? What makes us smile? Makes us cry? Over the last few years I have hosted a number of author interviews on my website, but instead of asking them questions about their books, I like to ask questions about the person and find out who they are, because their essence goes into their work as an author. Today, I thought I would ask myself some of these same questions. But first, let's start with a song! Cause' there's nothing quite a well crafted to song to make me smile... Brad Paisley, Ticks. He's everything in a songwriter and singer that I want to be as an author.


How would your best friend describe you?


Your most embarrassing moment in four words.


Actually the real question calls for three words, but since I am the author and host, I can change this to four. 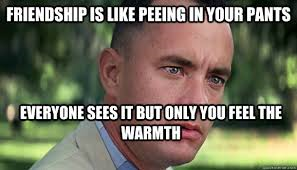 Most unexpected question a reader has asked you?


What is the biggest lie you've ever told?


I convinced a rather sweet boy, when I was in the eighth grade, that I had been raised in a convent. I would have left it at that, but he persisted with questions. If my memory serves me, this is the entirety of what I told him, “I had wanted to be a Catholic nun from an early age, convinced my parents to let me enter the convent, and had lived amongst an order that had taken a vow of silence. I had only recently realized that wasn’t for me, and was now attending public school for the first time, and my clothes felt strange to me, as I had been wearing a habit for several years.”


What makes this truly funny is that at the time I lived in a very small town and had gone to the school the previous year. I think I was irritated he hadn’t noticed me, so I created this wild story to see when it would become too absurd or when he’d remember I’d been at the school for quite some time. Neither of those things occurred. I recall letting this go on for a week or so, and then finally fessed up to the truth. He wasn’t angry with me, he was disappointed that it wasn’t true. Apparently my fictional self was a whole lot more interesting to him. It was quite the blow to my self-esteem. Full Disclosure: I apologize to the girl in the sixth grade that I convinced I was blind. I know, I know… overactive and very strange sense of humor.


Have you ever been in trouble with the police?


Yes. Was it my fault? No, of course not. More than once? Yes. But to be fair, loads of strange and amazing things have happened to me in my life, so these incidents were just par for the course.


So, have I scared you off or am I more interesting? I’d like to think that when combining the aforementioned overactive imagination with my disclosure, that you are intrigued, that you want to send me an email and ask me to elaborate.


Have you ever gotten into a bar fight?


Yes, hasn’t everyone? The scene was included in a book I wrote. One goddess, three men, a bar in Amsterdam, and all hell broke loose. I was the friend who pulled the goddess to the floor and crawled along the floor, under the table, to get us the heck out of there. One of the men’s friends, a lovely man named Thijs, helped get us home. I swore to never travel with her again. I haven’t.


What is your biggest fear?


Every parents fear. Something will happen to my children. I cannot bear the thought.


What do you want your tombstone to say?


I hate to ask, but will you water my plants while I’m gone? 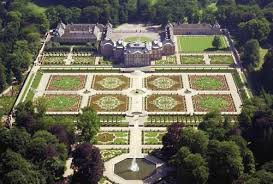 If you were an animal in a zoo, what would you be?


A hippopotamus. I love them.

Do you have any scars? What are they from?


I have many. The best one, the one that will make you squirm a bit, is the one just along my hairline, near my temple, where part of a badminton racket got stuck. Yup, it’s true. Not my overactive imagination. 1970, worn out rackets, two brothers playing badminton, one little sister in the way, one long trip through the German countryside looking for a doctor, one scar about an inch long.


What’s your favorite line from any movie?

Interested in the author interviews? They are available on: www.celiakennedy.weebly.com/interviews

Thanks for reading.
Posted by Unknown at 11:42 AM No comments: