1. Include a picture or video of yourself in a Halloween costume!
That’s me, on the right! I went as a Lichtenstein painting, cause’ scary stuff scares me. 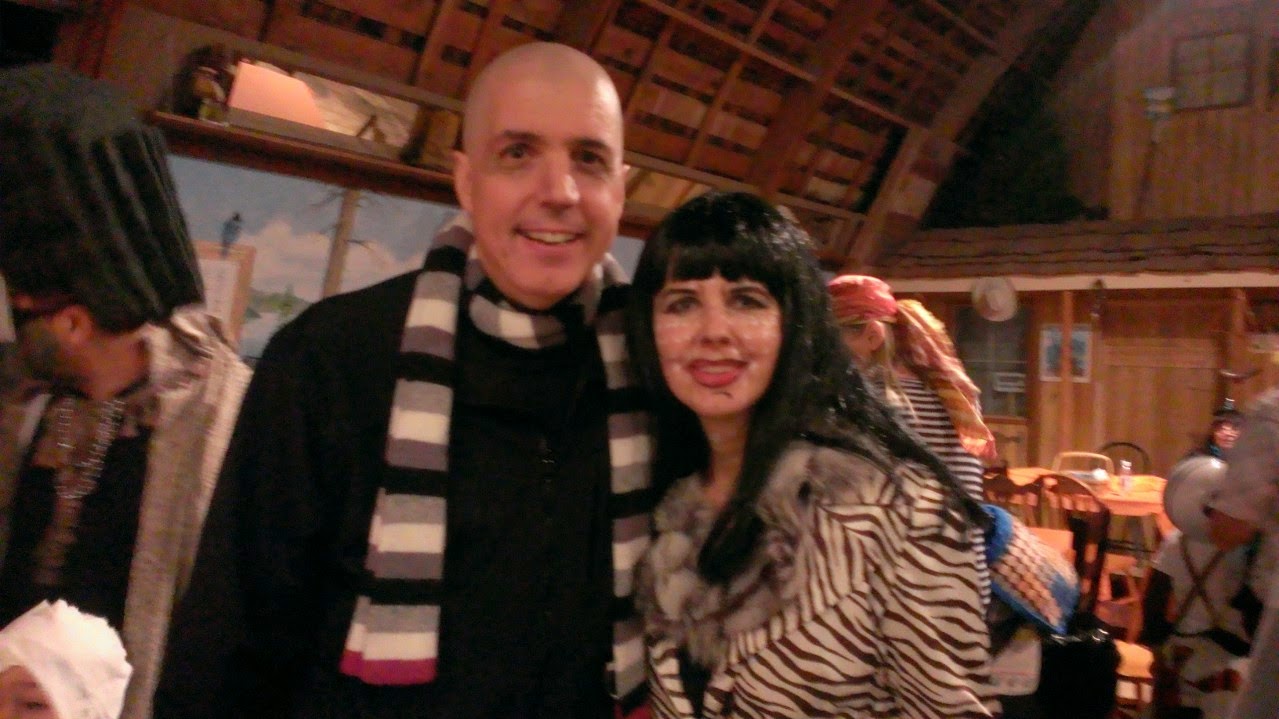 2. What is your favorite scary movie?


I both loved and was terrified by the movie, Aliens! 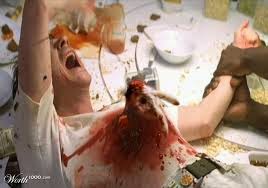 4. If all of Stephen King's bad guys were after each other, who would win and why?
I think Annie Wilkes from Misery would win. She was a twisted, demented, determined and vengeful woman. Nothing could stop her and she stopped at nothing. I haven’t read every Stephen King novel, but I’d say, based upon stereotypes, most male villains wouldn’t have the patience to wait for an author to rewrite a manuscript.


5. Give a Treat! Provide a link to a Halloween treat or beverage recipe.


8 ounces premium gin
Ice cubes
4 Pickled Baby Beets, each placed on a cocktail skewer
Directions
1. Chill 4 martini glasses in the freezer or fill with ice water and let sit until frosty, about 5 minutes (pour out water). Add the vermouth, dividing evenly; swirl to coat the glasses, then pour out. Add gin to a cocktail shaker filled with ice. Shake vigorously until chilled; divide among chilled glasses. Garnish each with a skewered pickled baby beet, and serve immediately.
6. Provide the cover, link and 2 or 3 sentence elevator pitch for the book or series (of your own) you would like to feature in your blog car.

What could go wrong celebrating New Years in the swanky, celebrity-packed, French Alps? The answer is nothing, unless your name happens to be Charlotte Young.

An entertaining series of events allow Charlotte to hunt Des down, helping her restore her reputation and uncover a misunderstanding. Fifteen minutes of fame just isn't all it’s cracked up to be!


WHOA! If you are just starting the story train, click HERE to go to read Ginger Gelsheimers introduction on Train Car #1 for the beginning.

"Buried Alive?"
His ugly nasally voice! Just the sound of his horrid voice caused memories to rush forward.  “Doctor Moore! The man who shot me, as you say, long ago, is somehow inside me as well. It won’t matter that what efforts the doctors went through to bring me here, to this day. Your Past Life Transplant is about to fail.”
Panicking, Dr. Moore grasped the fragile arm of her patient. “Who is it?”
“Carson Barlow, my sister Mary’s husband.” I gasped, struggling to get the words out, my insides roiled in agony. “He’s doing something. My innards burn fierce.” Sweat beaded on my brow and slid down my long drawn cheeks. Suddenly I began to shake hard enough my teeth rattled, yet I struggled on. “After she died, some folks from New Orleans, came to my door,” I drew deep breaths, gasping my words out, “said he practiced witch craft.”
The present world faded away as Carson Barlow’s voice bellowed, “Shut up! I’m going to kill you for this.”
The superior, calm voice of a Lord Hampshire interjected. “Don’t be a complete fool. If you kill her, you kill us as well and that I won’t allow to happen.”
“Thank you, thank you, Lord Hampshire!” I spoke aloud, having no idea how Lord Hampshire could control the repulsive Carson Barlow.
“Don’t thank me yet, madam.” There was a tone in Lord Hampshire’s voice that told me he was as much to be feared as the cold-blooded bastard who’d killed my sister.
Click HERE to continue the story with Author, Lisa Hall!